What if I told you that there is more CO2 In the world today than at any point in the last 800,000 years? Would you be inspired to drive your car less? Now, what if I told you that taking the bus once a week could save you money and keep you in better shape. Would you want to drive your car less, now? I recently had the opportunity to attend the UNFCCC’S COP21 (COP) in Paris this past December as a member of the University of Waterloo delegation. Throughout my experience, I saw many different examples of social marketing being used as a way to engage the public both at the conference and throughout the city. COP served as a great occasion for both governments and organizations to get their messages across – from social media crusades to the Eiffel Tower itself, they were everywhere. But what is the effectiveness of these methods when it comes to climate change awareness? What methods actually work?

One aspect of the solution that is agreed upon is this: the change must be driven through individual behaviour. As Andrea Liverani stated in 2009, “Climate change is anthropogenic – the product of billions of acts of daily consumption. That solutions need to be anthropogenic too is well accepted. Normally cast in the realms of finance and technology, suggested solutions often neglect the primal root of the problem: individual behaviour.” This way of thinking was very evident throughout the conference. Below is a photo of a poster wall on conference grounds. As you can see, a variety of the messaging is geared toward calling on individual action from the reader. Using phrases like “Below 1.5 degrees, no more than this”, and “Say no to corporate capture of the climate”. They are targeting a specific audience with vivid information, and breaking behaviours down into specific actions – both of which are recommended by Community-based social marketing expert Doug Mckenzie-Mohr for effective communication. Rather than bombarding the public with negative messaging and instructing them on what not to do, the messaging should focus on positive behavioural changes. The marketing surrounding environmental sustainability has very much shifted towards changing behaviours, rather than trying to change attitudes and beliefs on the subject. 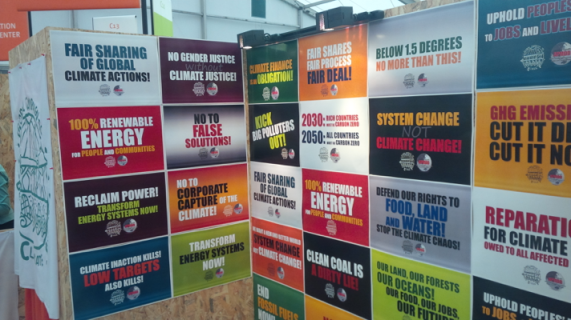 For many environmental behaviour changes, Randall and Corner state that fear has been proven to be a very ineffective method of inspiring behavioural change, especially in terms of the climate movement. As stated by Mckenzie – Mohr, in order for a message to be effective, it must not only communicate the threat that is faced, but also clear suggestions on how that threat can be reduced.

For example, let’s look at the ads below from the organization Act on CO2. One reads: “Rub a dub dub, three men in a tub, a necessary course of action due to flash flooding caused by climate change.” The other reads: Jack and Jill went up the hill to fetch a pail of water. There was none as extreme weather due to climate change had caused a drought.” These ads are from an older campaign they ran in the early 2000’s, which went on to be banned by the Advertising Standards Authority due to it’s “fear mongering” tendencies. They are clearly using scare tactics to warn readers of the dangers of climate change. Now, let’s look at some newer ads from the same organization, with a very evident focus on influencing reader’s behaviour. The title text from these ads reads: “Wash away your carbon footprint”, and “Pull the plug on your carbon footprint”. Even the tone of the ads is different, as the newer ones use more vibrant colours with a much less doom and gloom appearance. This tone is much more representative of the type of messaging that was used at COP21. 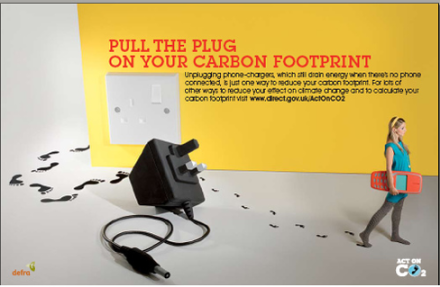 Perhaps the second most popular technique that was used at the conference was the presence of celebrities. One side event I was fortunate enough to attend, “Earth to Paris”, relied heavily on this technique to gain popularity amongst social media users. As can be seen in their promo video, they were calling on peaceful action through the use of positive messaging and styling. Earth to Paris attempted to use trendy and popular culture references in order to reach out to their target audience: youth. Another example of this was the UN’s timely partnership with Angry Birds, the world’s most downloaded app of all-time. In fact, Angry Birds is played in more countries than are even recognized by the UN. The #AngryBirdsHappyPlanet campaign, which was presented at Earth to Paris, is capitalizing on the popularity of the Angry Birds game while also encouraging users to take climate action. Again, the methods used in this social campaign were geared towards the younger generation.

Essentially, I have three major findings in terms of social marketing at COP:

1) The trend in social marketing surrounding climate change had transitioned from negative messaging to positive.

2) Climate change was being marketed as “trendy”, mainly through the use of celebrities and other pop culture references.

3) The messaging (in most cases) was geared towards a younger audience.

From what I can tell, it seems a combination of these three things is what tends to get our attention. We no longer want to be bombarded with the consequences of the mistakes of our predecessors, we just want to know what we can do to fix it.

Bianca Salive is a recent graduate from the Environment and Business program at the University of Waterloo in Canada. In the iconic words of her Twitter bio, she is a “Nomadic Treehugger. Biophiliac. Welcome to the mind of an eco-maniac.” Follow her on Twitter.

Corner, A., Randall, A. (2011). Selling climate change? The limitations of social marketing as a strategy for climate change public engagement. Global Environmental Change 21: 1005-1014. 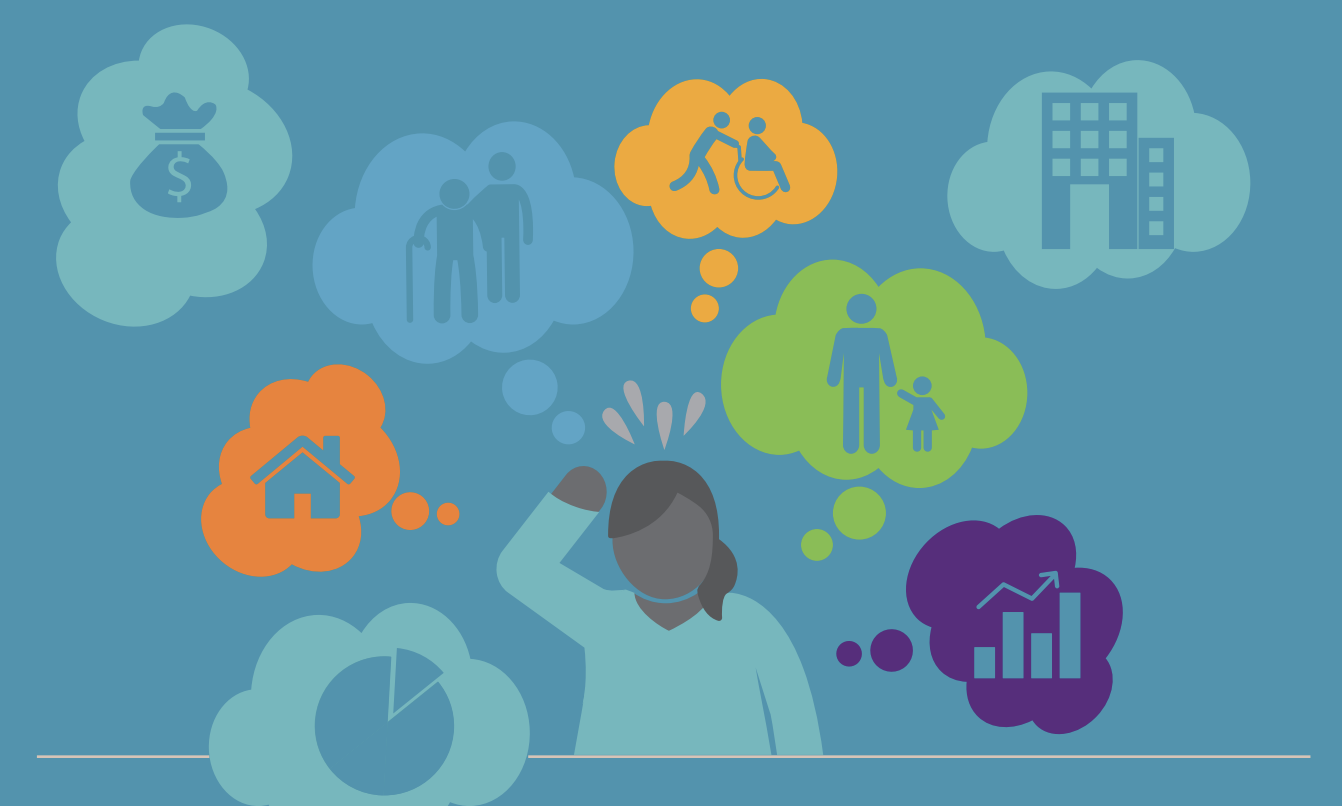 The War on Plastic Water Bottles

How I will create change in my community in 2018